''Keeping Our Communities Greener For the future" 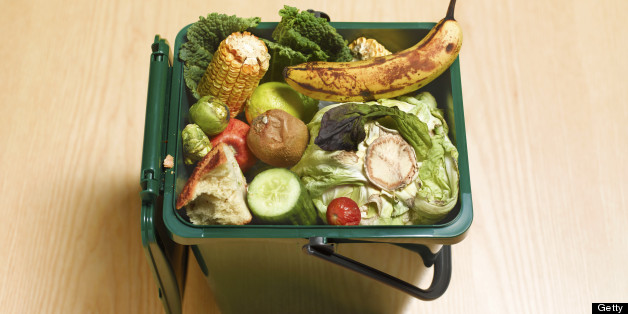 The question came up at a dinner party a few weeks ago, just before Bloomberg announced his plan for mandatory composting. I was in the company of writers and lawyers — grab-and-go people who don’t get their hands dirty scrubbing beets for dinner. I held back my enthusiasm for the worms under my sink and the vegetable scraps in the freezer.

I wanted to win them over. Composting isn’t just for cooks — it’s for anyone who throws out leftovers, stale bread, or pizza. It’s for everyone. And everyone recycles plastic and paper, so what’s stopping us from recycling food waste? Toss it in a bin, cover with some soil and newspaper, and let microorganisms go to work, turning food into fertilizer for your neighbor’s garden. Or, take a more hands-off approach and freeze your scraps until you can deliver them to the Greenmarket, which delivers them to farms upstate.

Why go through all that effort? Now watch their jaws drop: food scraps are the number one material sent to landfills. In New York, it accounts for a third of all residential trash; more food is thrown out than paper or plastic.  All of that goes to landfills, and for us New Yorkers, that means Pennsylvania, Ohio, and South Carolina. It costs the city 336 million dollars each year, but if we could return our food to the soil, we could save 100 million dollars a year.

Heads nodded. At this point, someone asked, “doesn’t it just break down once it’s in the trash?”

Well, eventually. Your food gets dumped in landfills, where it’s trapped by tons of garbage, which generate 20 percent of the nations’ emissions of greenhouse gases. Microorganisms break it down by anaerobic digestion, emitting methane and carbon dioxide. Methane is a powerful greenhouse gas that is 22 times more effective at trapping heat than carbon dioxide. In a biogas facility, food scraps can generate electricity, but when food sits in landfills, the only work it does is raise the global temperature.

“Ok, that makes sense,” someone said, “but I’ll only ever compost if the city makes it super easy for someone like me.”

That’s what people said, 20 years ago, about recycling paper and plastic. Now, it’s second nature. New York’s program, currently being tested out by volunteers in Staten Island, would supply residents with plastic bins and tight-fitting lids that residents would fill with kitchen scraps and set outside for a weekly collection.

San Francisco is a case in point: despite its residents’ initial complaints, the city diverts 80 percent of all waste from landfills with their city-wide composting and recycling programs. It makes sense that the Big Apple, mecca of restaurant life, consumption, and now, rooftop farming, will follow suit.

They were convinced, but there were still the factor of smells, bugs, and mess. Who likes to open a bin of decomposing food every time they cook or finish eating? Not even me.

Fielding concerns about rodents and bugs, I offered, that in my experience a plastic bin protects food from rodents better than any plastic bag. It’s anticipated that New York City’s rodent and cockroach populations will decrease with this composting system. Instead of bags of food waste sitting on the curbside, people would store them inside in airtight bins until collection day.

Perhaps, if people had to go through this process, less food would be wasted. The amount of food we throw out is nearly 50 percent more than it was in 1970. Today, that number amounts to 40 percent of what our farmers grow, and averages 20 pounds of food per household per month. It’s a symptom of the thinking that trash can be “thrown away” in the first place. Food scraps are alive and vibrant, full of energy to harvest. Looking at it that way, the inside of your compost bin isn’t some gross pile of dead plants and soggy bread; it’s a simple solution which practical people should take pride in endorsing.